Which is the best perfoming storage backend?

I wonder which is the best performing storage backend for backup with duplicacy?

I would avoid file sharing services like *box and *drive and use those specifically designs for bulk storage, like B2 and S3:

Yes. As an example, directory enumeration with multiple files inside (think chunks subfolder) maybe be/is throttled, or otherwise rate limited, either on purpose to discourage bulk storage or simply by not being optimized for such usecase. Dropbox is the worst in this regard. Even without the neee to get into technical details you can just go by a general principle that it is always best when your goals and incentives are aligned with that of your service provider. Services like Dropbox, OneD…

I would check out Wasabi. I’ve been using it for about a year now and it’s worked quite well for me and is pretty economical: 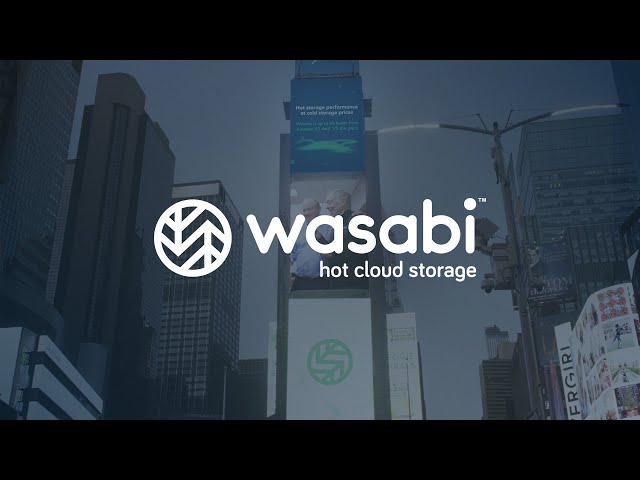 Wasabi Hot Cloud Storage is enterprise class, tier-free, instantly available and allows you to store an infinite amount of data affordably. Wasabi provides an S3-compliant interface to use with storage applications, gateways and other platforms....

I run backups to Wasabi with -threads 8 but am now on Xfinity/Comcast so my uploads aren’t what they used to be on Verizon FiOS cry… You def want to have the -threads in there to take full advantage of your bandwidth if you have it.

I would check out Wasabi.

Their greedy pricing policies used to be tolerable at $3.90/TB/month. After they jacked up the price within 18 month to $6/TB/Month but kept all those 90 day minimum fees and did not improve uptime and reliability tiniest bit (us-west-1 was seemingly always down/buggy/unusable) there is absolutely no reason to put up with them anymore when their competitors offer cheaper, faster, and arguably more stable alternative (B2 specifically).

I’m personally highly annoyed by wasabi. I used to use them and recommend them, but this hasn’t been a case for a very long time.

I’m personally highly annoyed by wasabi. I used to use them and recommend them, but this hasn’t been a case for a very long time.

Me too, for the exact same reasons you described.

I’m a very satisfied customer of B2 for almost two years. I never had a single problem. Fast and reliable. And they now have the S3 interface as well.

I switched to B2 based on this same feedback from @saspus in another thread.

I’ve been very pleased with the results.

“Best-performing” doesn’t mean much without knowing what you’re trying to measure. Unless you’re transferring elephantine amounts of data in or out, how long it takes isn’t going to matter a whole lot in this application; pretty much any service out there will be more than up to the task.

There was some discussion on the relative reliability of Wasabi and B2 in this thread a few months ago.

Given that most of the bigger providers get north of $20/TB/month for their standard storage services, it’s hard to characterize Wasabi’s $6 pricing as greedy. Their prices have gone up since launch, but across those increases, they’ve dropped all charges other than bytes stored. I’m still on the old $5 plan, so switching to B2 wouldn’t be beneficial. Even at current prices, the difference between the two on my monthly bill would be less than I’m going to spend on lunch today.

If you’re really trying to optimize for price, Google Coldline and Google Archive are considerably cheaper than B2 for storage and, given Duplicacy’s minimal egress requirements for doing backups, probably still would be. You will get socked hard for restores, but if you’re also backing up locally, having to resort to that should be a rarity.